NICE TO MEET YOU

My name is Maria Tiqwah van Eldik. I love animals and it gives me great joy to draw them as happy and free. With soft pastel chalk and watercolor paint I can create any world I want, so why not paint the world I dream of? A beautiful and peaceful world for all living beings.

With my illustrations, I hope to give you a smile and show the world that every animal is an individual with a unique personality.

Warm regards from The Netherlands,

Maria, Raqib, and the cats 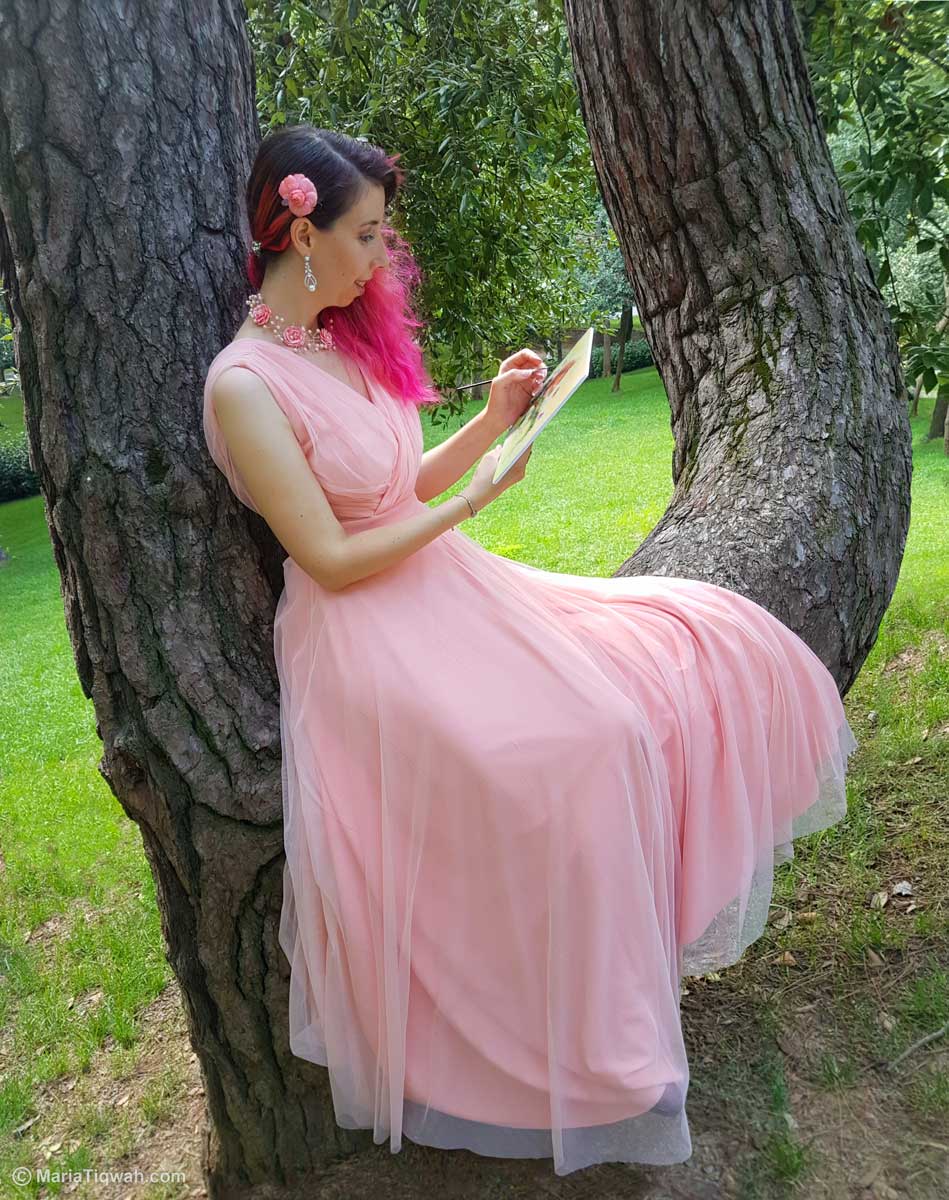 When I was a kid someone asked me:
“What do you want to be when you grow up?”
“Something with animals and drawing” I replied

Ferozepore The beginning of my creative journey
Born in Boskoop, Holland, in 1982, I have always been fond of animals. My first word was “cat” and my second was “fish.” For as long as I can remember, I have been drawing and painting animals. The entire attic of my parents’ home is full of my creations and you can see some of them on My Development page. Even though I studied applied arts (advertising and art direction), I consider myself a self-taught artist.

My art education & early career
In 2002, I graduated with a degree in advertising from CIBAP. After that, I served as an illustrator and art director for the advertising agency BOEMMM, where I made illustrations by day for major brands such as Heineken, ING Bank, and Nescafé. At night, I studied at the JUNIOR AGENCY Advertising Academie in Amsterdam, and in my free time, I painted at the Creative Group Weesp—first as a student and later as a teacher.

Becoming vegan
In 2011, I became vegan after watching a documentary and becoming horrified about the suffering of animals in factory farms and slaughterhouses. In 2012, I started my own green advertising agency, Colorful Green, through which I made illustrations, among other things, for Fur for Animals, the Party for the Animals, and the Animal & Law Foundation. Through my work for the Dutch Vegan Society, I won the 2014 NRC Charity Award. In 2016, I took drawing lessons to make work that was just for me and I discovered my style of combining pastel chalk and watercolor paint. Soon after, my first artworks in this style were shown at VegFestNL at the Jaarbeurs Utrecht in The Netherlands. This new style was striking to many and several artworks sold.

My exhibitions
In 2008, I held my first exhibition in the Synagogue of Weesp. And through The Art of Compassion Project, reproductions of my illustrations are now being exhibited worldwide, with all proceeds going to vegan non-profit organizations. Helping animals is important to me. 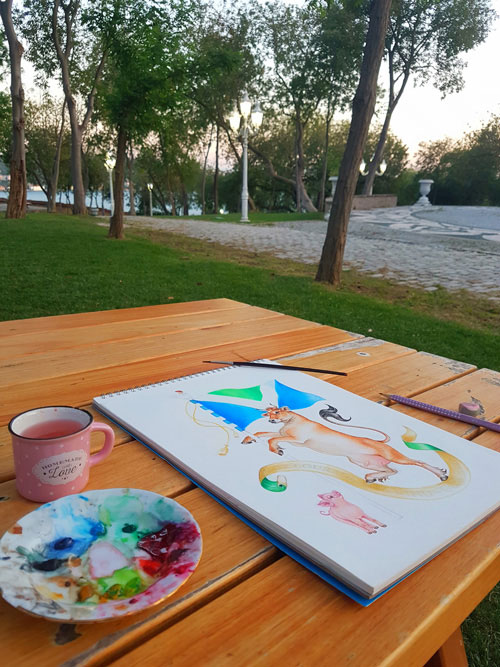 buy Ivermectin in uk A more beautiful world for all humans and other animals
What moves me is my love for animals. Running, flying, swimming, and crawling animals. My heart jumps when I see a squirrel, bird, or turtle in the park near our house. My wish is that one day no animal will be seen or used as a “thing” anymore. This is why I illustrated the vegan flag coat of arms to which I have released the rights so that everyone can use it freely. I have also donated several illustrations and worked as a volunteer for Plenty Food, the Vegan Challenge, the Catshelter, and other organizations.